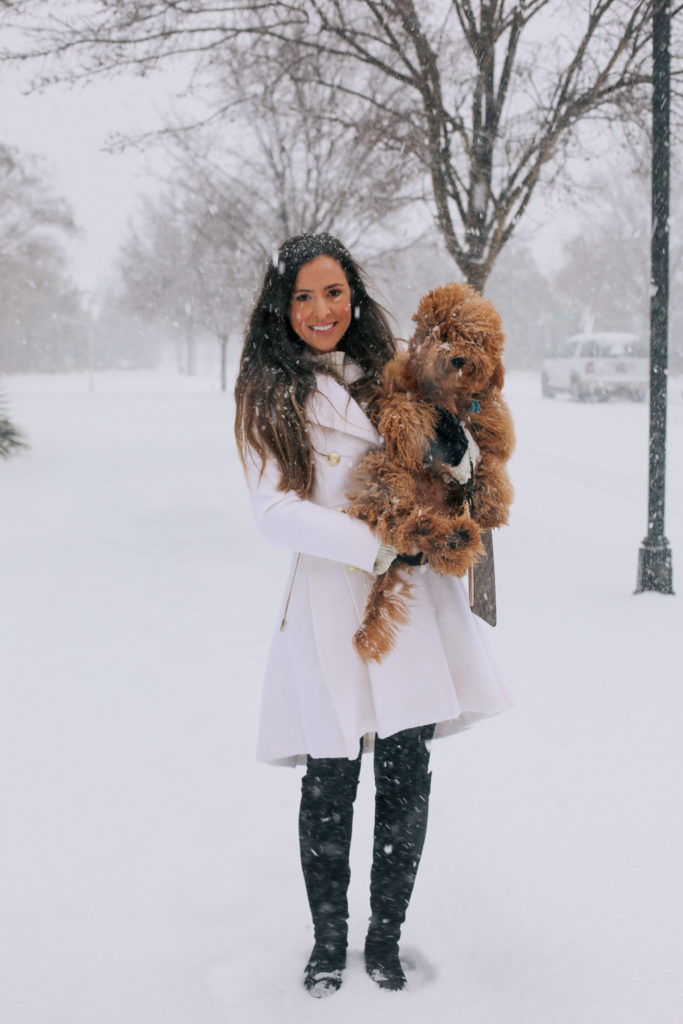 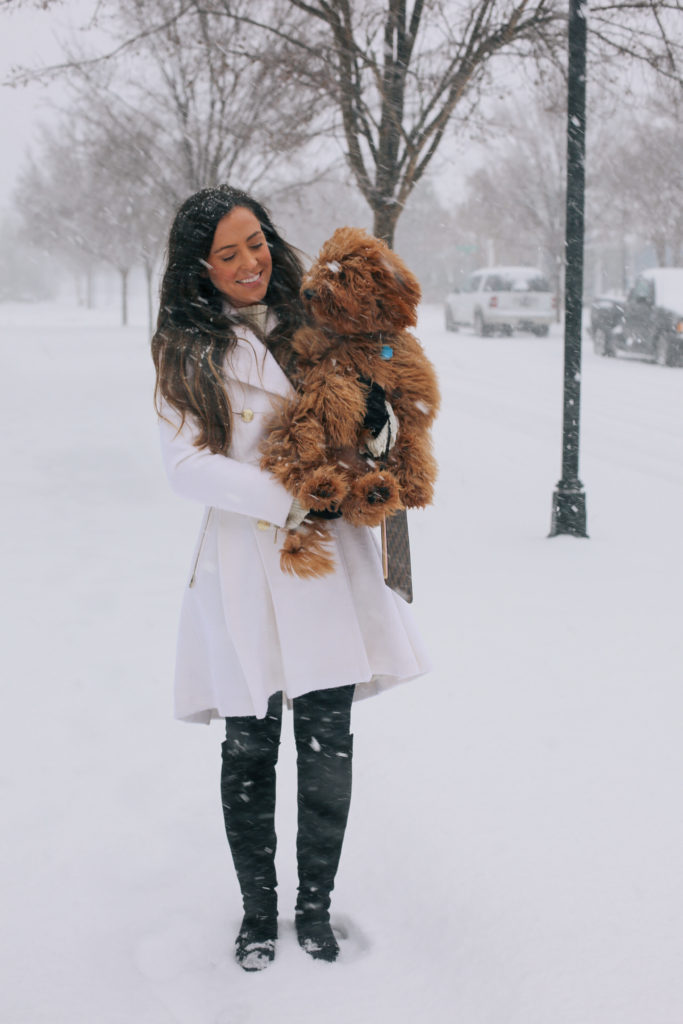 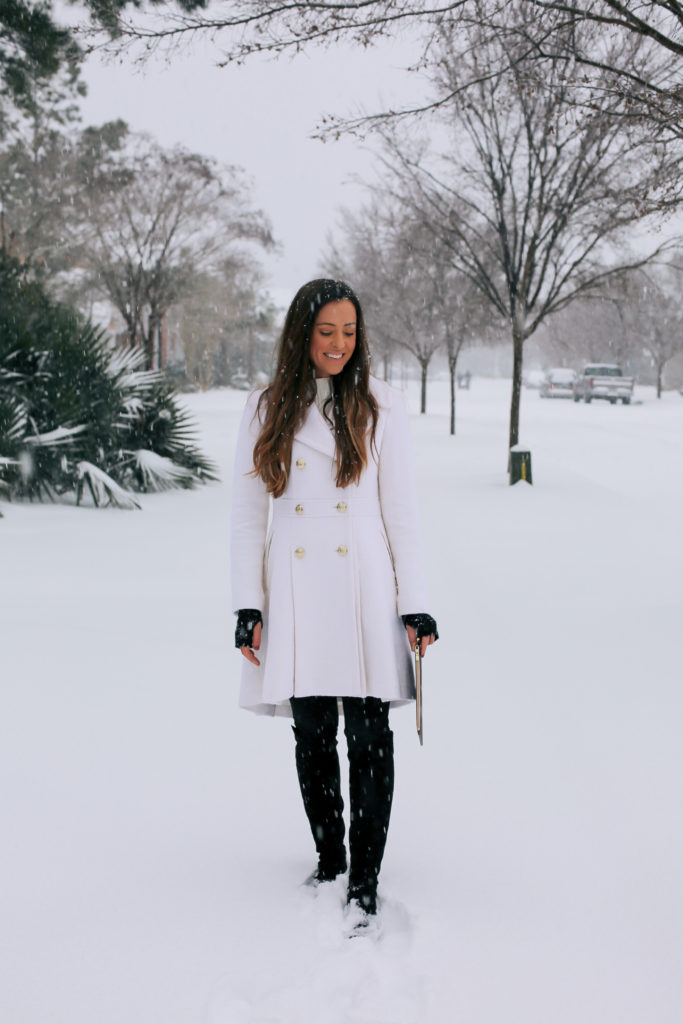 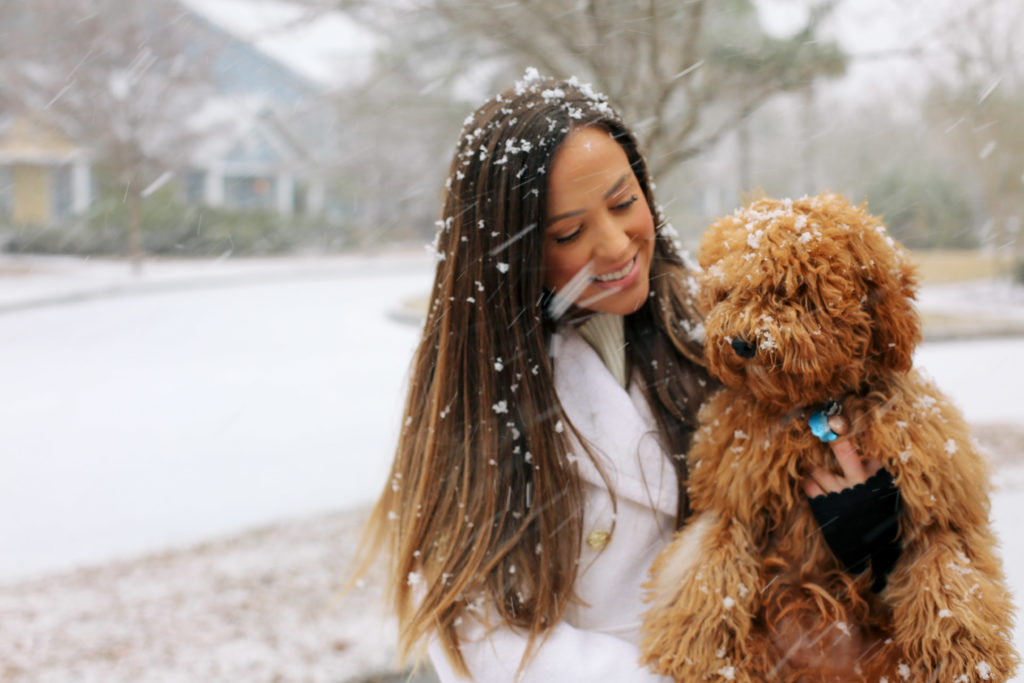 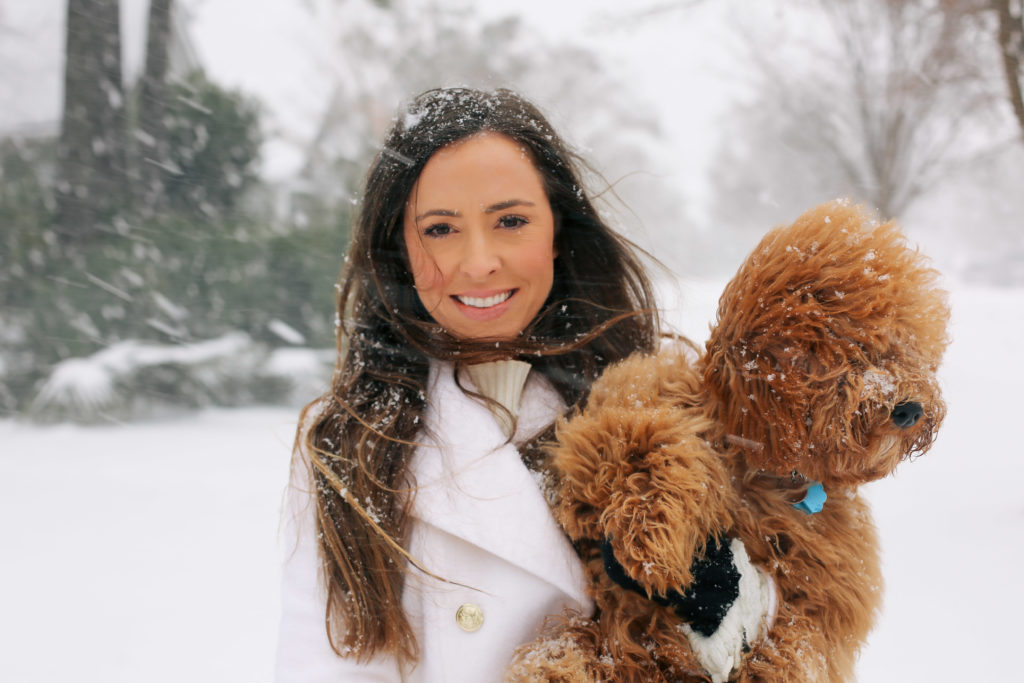 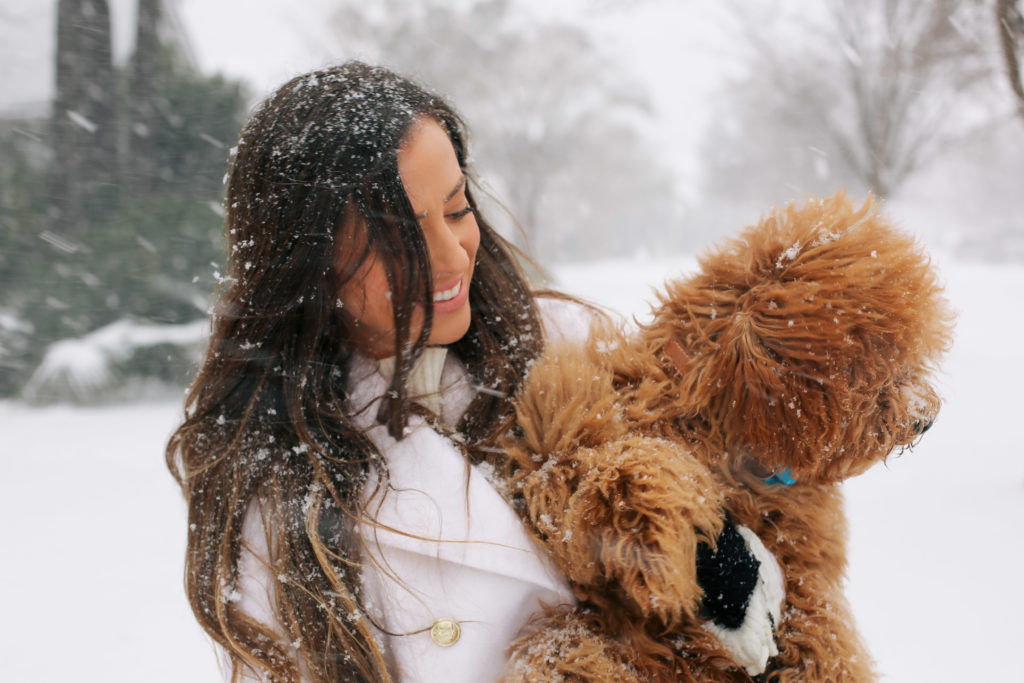 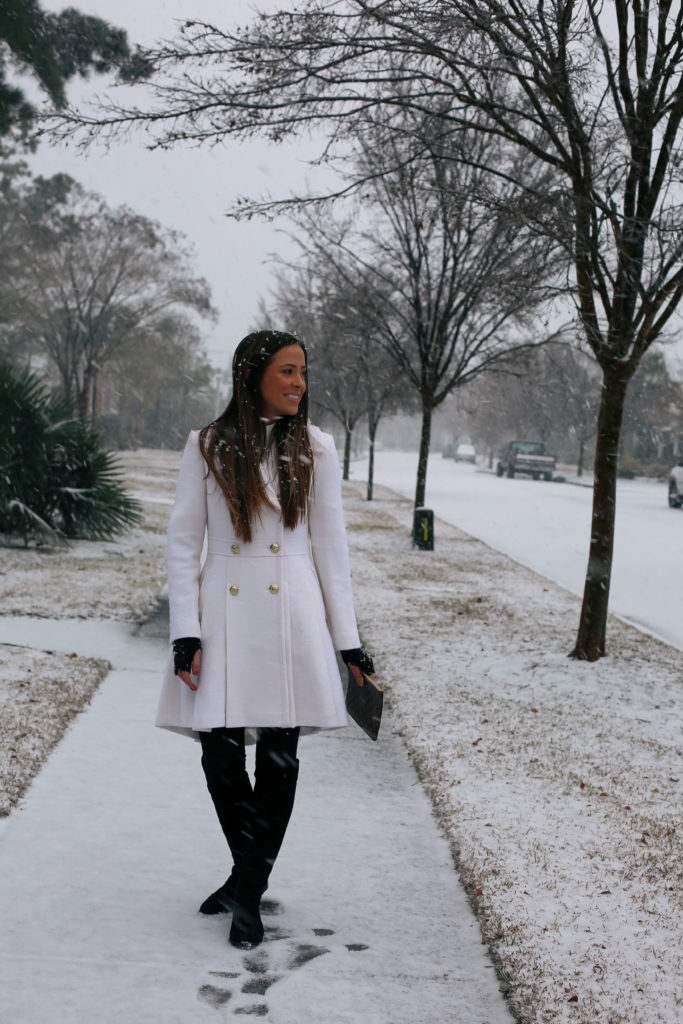 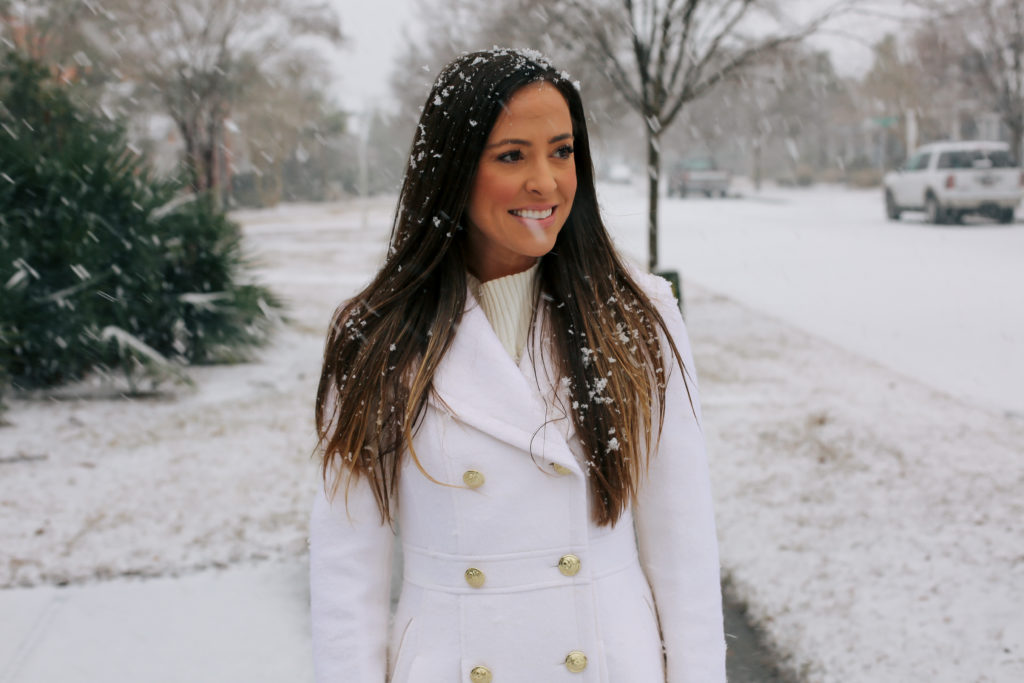 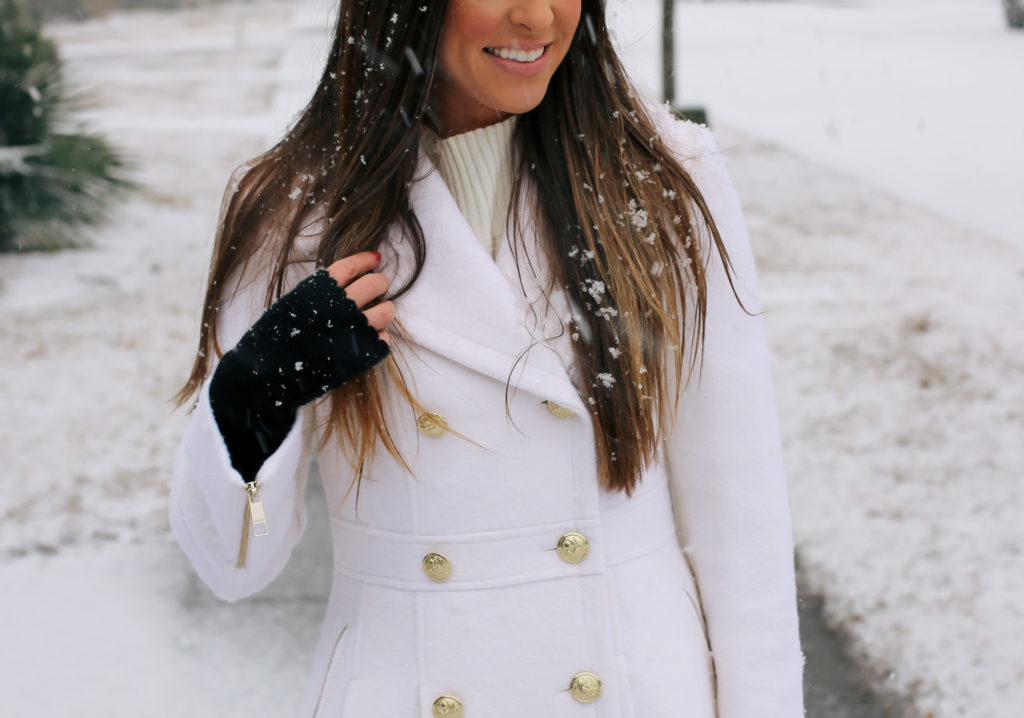 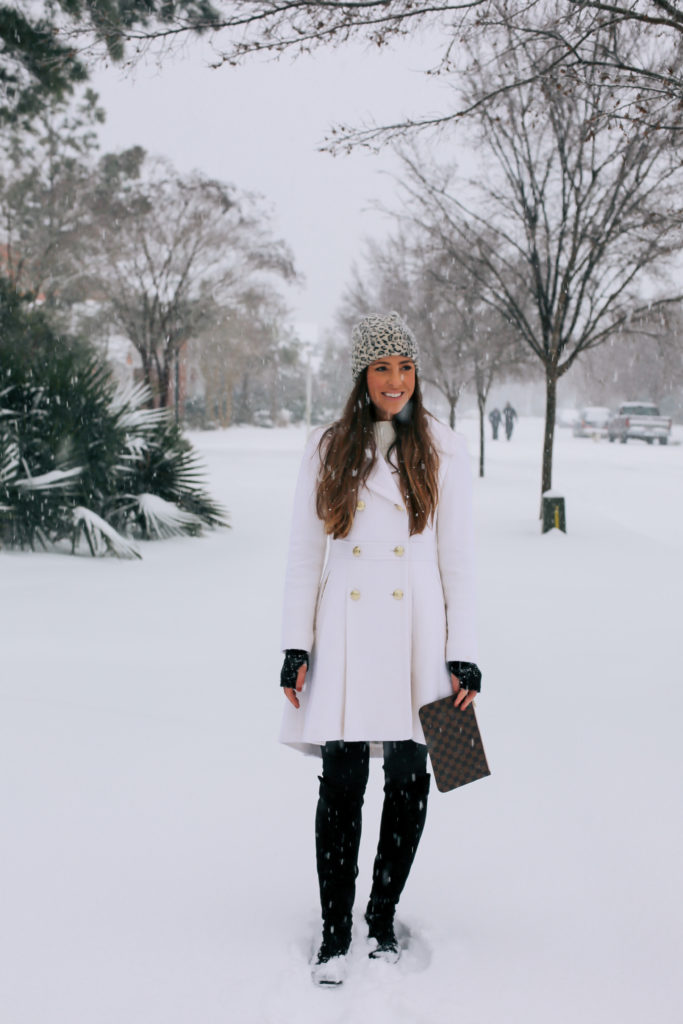 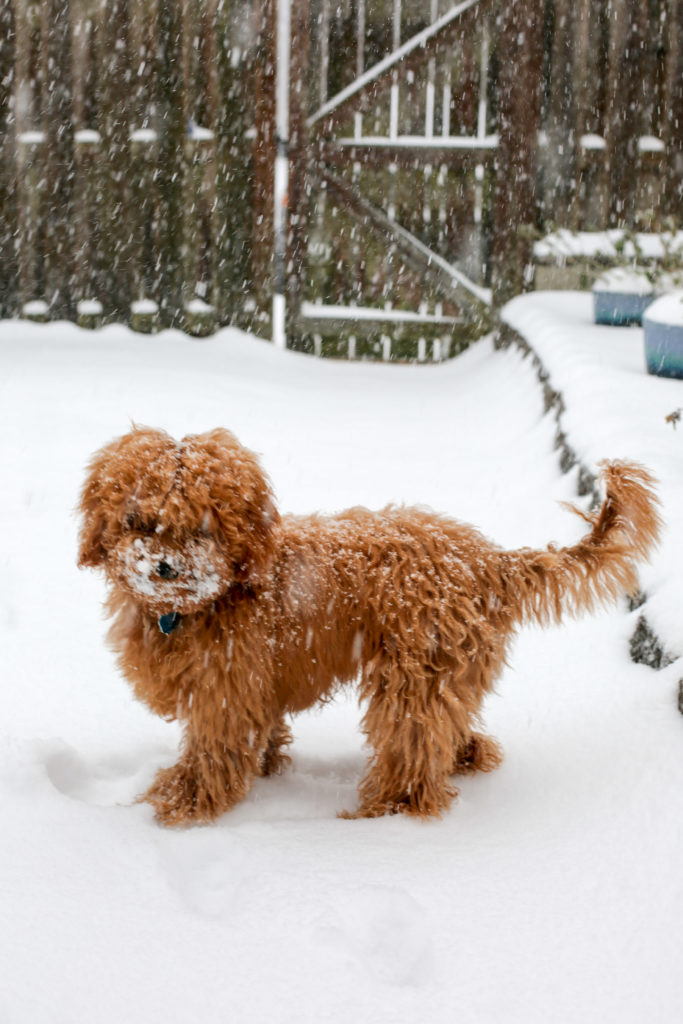 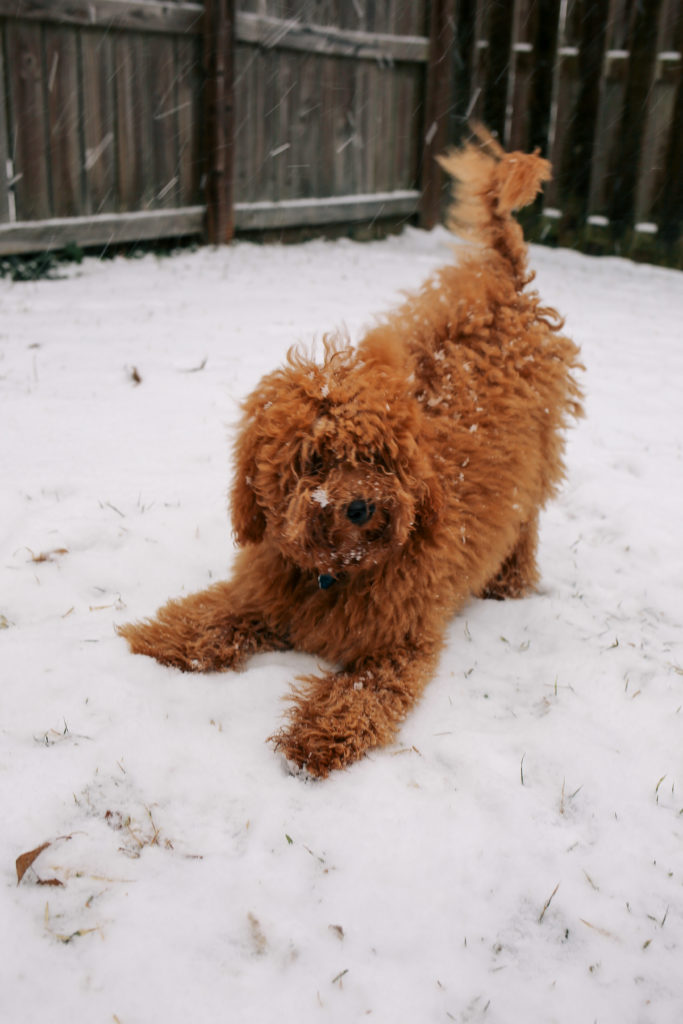 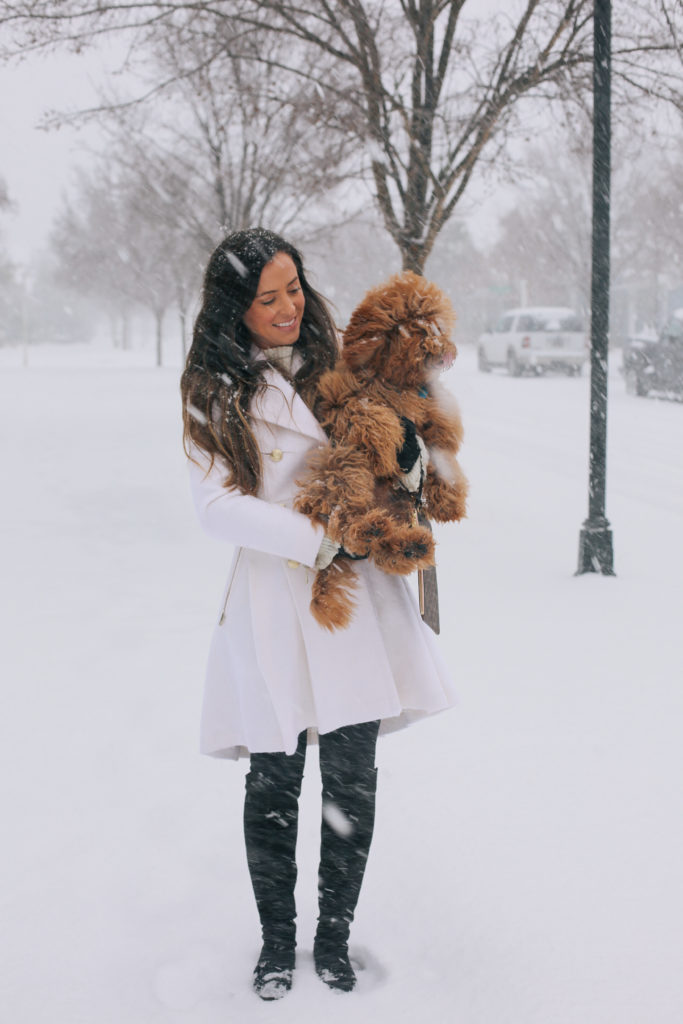 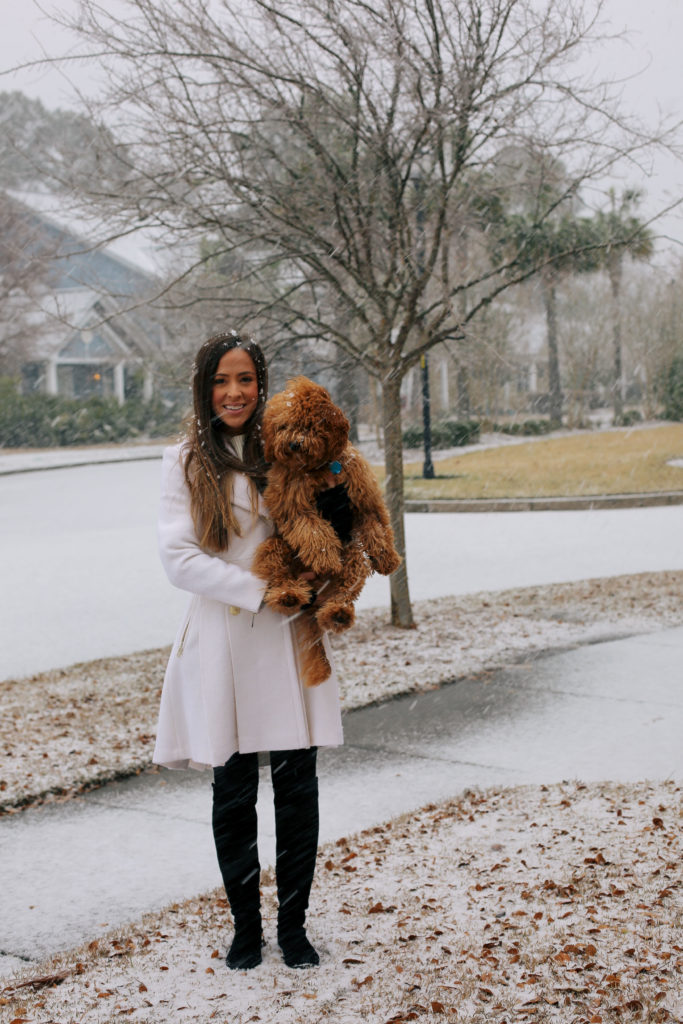 I apologize in advance for the picture-overload – it’s just that snow in Charleston is a rare event! In fact, I have not seen a snowfall like this in years! I can count on one hand how many times I’ve experienced snow in South Carolina.

Yesterday, a beautiful blanket of snow covered Charleston! I wasn’t expecting to see more than a dusting, so when the snow started falling in large flakes, and didn’t stop for hours, we were completely surprised! To say that we had a fun snow day would be an understatement – we had such a blast! Adding to it was seeing Beau experience snow for the first time. He went completely crazy over it! There’s nothing as cute as seeing a puppy play in the snow, so I couldn’t help but take (way too many) pictures.

I purchased my winter white coat during the Nordstrom Anniversary Sale, and have gotten so much use out of it. While I frequently wear dark colors in the winter, I love wearing winter white as it feels bright and cheerful. Though the coat is now sold out, I found two similar versions (both are on sale!) here and here.

We’re getting ready to go play in the snow again! I hope everyone has a great Thursday!

You may also enjoy: 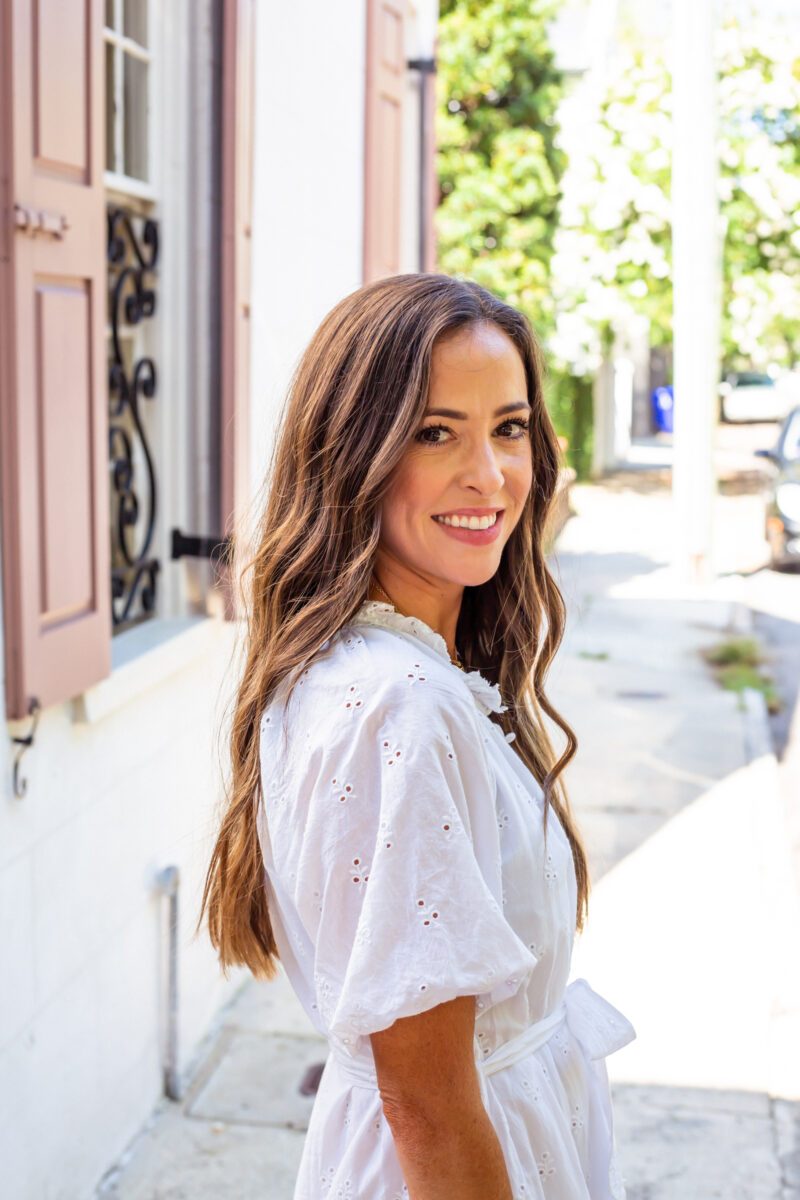 Thank you for stopping by my small space on the Internet! On my blog, I share everything from my favorite outfits, home decor, life in Charleston, South Carolina, and of course, my pup, Beau!

END_OF_DOCUMENT_TOKEN_TO_BE_REPLACED

The Beach Belle Blog is part of an affiliate advertising program. This means that if you click and/or make a purchase through certain links on this site or any related social media platform (including Instagram), I may make a commission from that click and/or purchase. All opinions are my own.